We develop apps for most platforms and it has been a fantasy or dream that perhaps that we could write code once and run it on all platforms. It’s not for lack of trying, there have been numerous attempts to build that bridge; Xamarin, HTML5, Ionic, etc… So if you want to build an app for your business, it is generally necessary to build two apps, IOS and Android at twice the cost and maintenance.

I know you have been trying to figure out what a PWA is. It is an app that is built on a new concept that uses web technology  to construct apps. Progressive Web Apps ! (PWA) These PWA’s will run in an offline mode, caching html, code and data locally. It’s a hot topic in the app world and from our experience it does run well on all platforms and is installable to the Home screen like a native app. With Google the main driver, Apple, Microsoft and others have boarded the flight.Read more about it here.

Would we use PWA’s to build a BlueTooth or other app that needed tight integration with the hardware? Probably not at this point, but for informational or ecommerce apps I say yes. 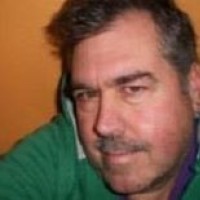